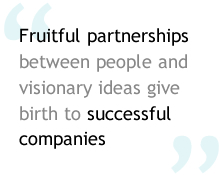 Another year complete. Here's a quick recap of 2019, which also happened to be one of the craziest years of my life. As always, this Annual Review will answer three questions.

What went well this year?

What didn’t go so well this year?

What did I learn?

Before we begin, it is worth noting that every Annual Review is a personal process. This is simply an overview of what my year looked like, not advice for how you should live your life. (That said, you are always welcome to use this general format for your own Annual Review.)

1. What went well this year?

I had a lot to celebrate this year.

Book sales. Atomic Habits launched in October 2018, which meant that 2019 was the first full calendar year it had been available. I came in with big aspirations, but I think it's fair to say that book sales have outpaced my expectations.

Of course, the greatest reward has been hearing from readers. It seems like nearly every day someone tells me that Atomic Habits helped them lose weight or start a business or make some positive change in their life. People are finding real value in the ideas and it feels great to produce something useful.

3-2-1 Newsletter. My new project for 2019 was launching the 3-2-1 newsletter, which shares 3 ideas from me, 2 quotes from others, and 1 question to ponder each week. I had been struggling to write consistently during the first half of the year (discussed below) and this new format offered something I knew I could stick with despite a busy schedule. (Sometimes I have to take my own medicine and scale my habits down.)

I didn't realize it at the time, but it turns out to have been a good idea. I feel good because I'm producing new work each week and the response from subscribers has been quite favorable. Many readers tell me it's the only newsletter they actually read as soon as it hits their inbox.

Audience growth. I didn't write many new articles this year, but thanks to the buzz generated by Atomic Habits and the momentum of the 3-2-1 newsletter, audience growth remained strong.

Even after doing this for a few years, the scale of the internet still blows me away. I'm grateful to have the opportunity to share my work with so many people.

Travel. This was the craziest travel year of my life and, in all likelihood, the craziest I will ever have. I spent a total of 158 nights away from home this year, which means I spent 43% of the year not sleeping in my own bed. It’s a pace I will probably (hopefully?) never match again.

While I love traveling, I did feel a bit guilty about the number of flights I took this year and the resulting pollution. In response, I decided to buy carbon offsets not only to cover my flights, but also to be entirely carbon neutral for 2019. I bought mine through Project Wren, and it wasn't nearly as expensive as I expected.

New restaurants. Whenever I travel to a new city, I like to ask for restaurant recommendations on Twitter. Oh man, did you all set me up this year. I had so many great meals thanks to reader suggestions.

Speaking. I delivered 31 paid keynote speeches in 2019. This is far and away the most I’ve ever given in a calendar year. Obviously, this is tied directly to the success of Atomic Habits, but I've improved my speaking skills as well. My biggest takeaway is that if you write about a topic for years and are forced to clarify your thinking in a well-structured book, then speaking about that topic for one hour becomes much easier to do. (Note: If you'd like me to speak at your company or event, you can submit a request here.)

Many wonderful things happened in 2019, but I suffered plenty of growing pains as well.

Writing. For years, my business was built on the consistency of my writing. I published a new article every Monday and Thursday from 2012 to 2015. From 2016 to 2018, I spent most of my time writing Atomic Habits. Overall, those six years were filled with writing.

Then 2019 arrived and the book began to sell far and wide. My attention shifted to promotion mode: interviews, speeches, book signings. It was all great, but there was very little time left for writing. Honestly, I probably wrote more words on Twitter last year than in new articles. Thankfully, I began to course correct during the second half of the year by writing the 32-1 newsletter (as mentioned previously). We'll see what things look like in 2020, but if I'm going to write another book at some point, I will need to carve out more time to write.

Weightlifting. Everything has a tradeoff. It turns out that it is hard to maintain consistency in the gym when you are on the road for nearly half the year. In 2019, I completed 91 workouts for an average of 7.6 per month, which is better than nothing, but a steep drop off from previous years.

When looking at these numbers, the thing that sticks out to me is that my worst months were the months I had lots of international travel (March, June, and November). I'll need a better plan for exercising in foreign locations in the future.

This marks the second year in a row when I failed to hit an all-time PR in any major lift. Admittedly, it's unlikely you're going to reach a personal best every year anyway, but nonetheless I have a lot of catching up to do in the gym in 2020.

Email. I joked earlier this year that my email response time is either 3 minutes or 3 months. Problem is… it's not really a joke. I'm terrible at answering email. Honestly, this wouldn't bother me except for one reason: it bothers other people.

My poor email response times came back to burn me multiple times this year. Sometimes it was a missed opportunity due to a delayed reply. Other times people became annoyed or frustrated, or thought I was intentionally ignoring them.

I'm not sure the best way to handle this. I get more email than I can manage and answering emails is certainly not as important as writing the next article or book. And yet, people expect responses within a day or two. One thing is for sure, I'll probably need a new email approach in 2020.

3. What did I learn this year?

Some of my major lessons from this year include:

Move fast. The importance of moving fast was clarified for me over the last year. The original release date for Atomic Habits was set for March 2019. I pushed to move the date forward six months to October 2018 because I didn't want to miss out on holiday sales around Christmas. My publishing team agreed, everyone worked their tails off, and we had a fabulous launch in October. What happened next was even more important: The book was available in January when everyone was thinking about New Year's Resolutions. As a result, Atomic Habits jumped out to a very strong start during the fall and winter. By the time we arrived at the original launch date in March, we had already sold nearly 500,000 copies.

In this case, the difference between waiting and acting was massive. We all know exactly what would have happened if we had waited: time would have flown by, somehow planning the launch would have expanded to fill all of that time, and six months of sales would have vanished. Growing up takes time. For the last three years my business has been stuck in that awkward pre-teen stage where one minute it acts like a full-fledged adult and the next minute you realize it's covered in pimples and doesn't know how to control all four limbs at the same time.

But in 2019—maybe!—it turned a corner. The to-do list is still endless, but that's what running a business is like. It does feel like I'm starting to find my footing, however. The strategy is becoming more clear. The products are gaining a foothold. The fog is lifting ever-so-slightly. I have spent nearly a decade as a full-time entrepreneur, but I'm finally uncovering a clear roadmap of what the future of the business looks like.

A life well-lived is a life well-edited. My biggest area of growth this year was prioritization. I had to become much better at saying no— and I'm still not very good at it!

In short: Prune away the inessential. Pour yourself into what remains. That's it! As always, thanks for reading